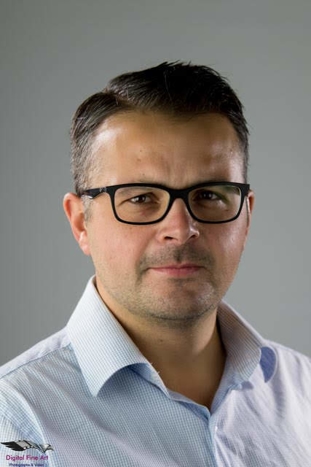 Richard was born and raised in the Ottawa Valley. He is highly regarded both as a mentor and as an active member in his community. His passion for education started in high school when he, himself, started tutoring children with exceptionalities. Through empathy and leadership, Richard was able to foster literacy and educational initiatives that both empowered, and motivated students to build-up their confidence. From there, Richard became a big brother with Big Brothers and Sisters Canada, where he mentored two young boys until they graduated primary school.

In pursuit of his passions, Richard created and founded Beaver Swamp Hockey, a non-profit organization with a primary focus on helping underprivileged children in his community play the wonderful game of hockey. Beaver Swamp Hockey, in partnership with Jumpstart Charities, successfully brought smiles to over two hundred families. His labour of love received attention and support from numerous organizations and individuals including, Chris Neil of the Ottawa Senators, the Ottawa 67’s, The Canadian Legion, Caisse Populaire Desjardins and so many other generous donors.

Richard is a proud environmental steward who enjoys taking part in initiatives that help protect our planet through conservation and sustainable practice. He and his family are proud members of the ‘Adopt a Road’ program in his community and he is committed to bringing environmental awareness to both his children and future generations.

With nearly 20 years of experience in both in the community and student advocacy, Richard is extremely honoured to be part of the Tutor Doctor Family. He strongly believes that education is the passport of the future. Here, at Tutor Doctor, we carefully assess each student’s foundational knowledge and discipline, and build on it, because we truly believe that education breeds confidence.